Steve first encountered Christianity when he started attending his local youth group in year 6. Admittedly, he started going to youth, not because of Jesus, but because of the girl he was chasing. Yet, over time, he became fascinated with this “Jesus guy” and starting asking more and more questions about Him. He ended up getting saved and baptised as a 15 year old in Year 9. Since then he’s loved and followed Jesus and enjoys nothing more than answering any questions people have about Him.

Steve’s been teaching SRE at Kellyville High School since January 2015 and loves it. Seeing young people ask questions of Jesus and Christianity. Far from just telling students what to believe, Steve loves nothing more than seeing students personally wrestle with the claims of Jesus in order to make up their own minds about Him.

Steve loves Jesus, loves his wife, Bec, loves teaching students at Kellyville High, and is currently completing his Bachelor of Theology at Sydney Missionary and Bible College part time (that last one being more of a love-hate relationship). He also enjoys laughing with everyone/anyone he meets, writing and performing poetry, and 4wding with friends and family.

Isaiah 40:31 …Those who hope in the LORD with renew their strength. They will soar on wings like eagles; they will run and not grow weary, they will walk and not be faint. 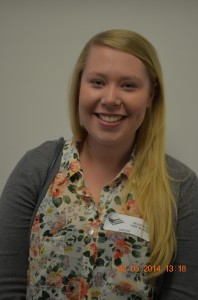 After leaving school she completed her Bachelor of Arts in Dance and Bachelor of Education from UNSW in 2013.

She now attends NewHope Kellyville and works there part time as a youth intern and administrator.

Melissa is currently studying a Graduate Diploma of Divinity at Morling College.

She loves to dance and share that love as a ballet and contemporary teacher at Carlingford School of Dance.
Enjoys good coffee, reading and doing life with young people.

“I decided to teach SRE because I love sharing my faith with others. I enjoy being able to share how God has radically changed my life and the hope that He brings.” 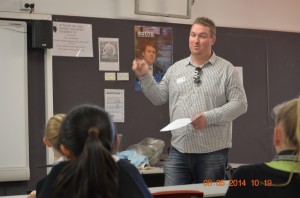 Born in Melbourne, he has lived in the Hills District of Sydney since he was 5 years old. While growing up in a Christian family, Steve didn’t take Jesus seriously until his younger brother Joshua was in a car accident. Thankfully his brother survived, but this experience gave him a reality check – particularly in regards to his own mortality, leading Steve on a journey of questions about God and then exploring the Bible afresh. This led him to put his faith and trust in Jesus Christ as his Lord and Saviour.

Since then he has been passionate about sharing the good news about Jesus with others  At 20 years of age he led the Youth Ministry at his Church and later became the Youth Pastor. Steve has his Bachelor of Theology from ACOM.  He has been involved in High School Scripture and Youth Ministry for many years – both as a volunteer and employee since 2006. He works one day per work for KARHCEE in Rouse Hill High School, and 4 days per week as the Chaplain at Norwest Christian College in Riverstone.

Steve loves spending time with his wife Tamara and baby daughter Phoebe. He also enjoys going to the gym with his friends, watching good movies and his favourite footy team – the Parramatta Eels